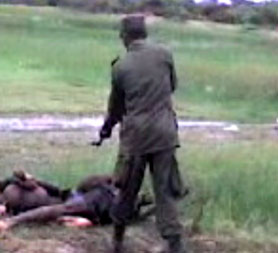 In 2009, the number of registered voters in Jaffna electoral district that comprises of the administrative districts of Jaffna and Ki’linochchi was 816,005. This figure has dropped to 481,791 entries in the register of the electoral district of Jaffna. On Thursday, Assistant Commissioner of Elections (ACE) of Jaffna Electoral District S. Karunanithi confirmed that the SL Election Department has removed 331,214 names from the list. “Most of them have fled the country,” was the official explanation by the ACE. The untold story is that the figure also includes the victims of genocide in Vanni from the Ki’linochchi district. Meanwhile, the date for local elections for 16 Piratheasa Chapais (PS) and three Urban Councils is fixed by the department to take place on July 23, the day when Tamils remember the victims of state-sponsored anti-Tamil pogrom in 1983.

On ‘Black July’ local elections in Jaffna and Ki’linochchi, the ruling UPFA alliance of Mahinda Rajapaksa will be competing with the TNA.

Earlier, the nominations by the UPFA were rejected following objections from the TNA. But, the SL Court of Appeal later ordered the SL Elections Commissioner to accept the nomination papers by the UPFA for elections to the 19 local councils in the districts of Jaffna and Ki’linochchi.

While New Delhi and Colombo have ‘forced’ the TNA hierarchy to remain locked to a secret show of so-called political negotiations, the grassroots activity of the TNA has been severely threatened by the occupying Sri Lanka Army soldiers in the country of Eezham Tamils.