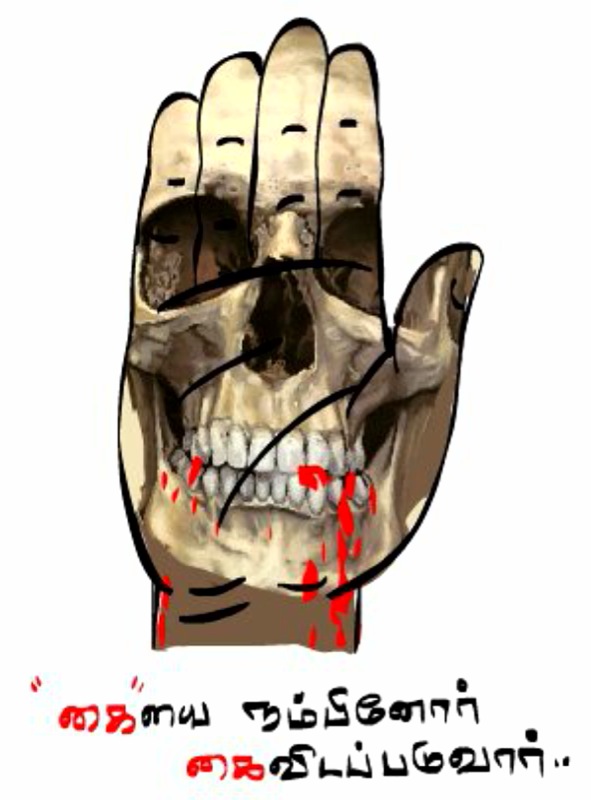 The Election Commission of India implemented a special plan for Tamil Nadu Assembly elections. It allowed one month period between the date of polling and the date of counting of votes. It created a lull in the activities of the Government. The political circles are almost silent. This post poll silence in Tamil nadu is useful in analyzing the prospects of each political party in a more composed manner. In this respect the Congress party which is already in doldrums due to internecine squabbles has to take stock of the situation right now.

The Congress party which lost power in Tamil Nadu in 1967 has been playing a second fiddle to one of the Dravidian Parties in all the elections. It has almost lost its attraction as a movement. The state leaders, their policies and their activities are closer to the National leadership than to the people of the state. The recent attempt by Rahul Gandhi to rebuild the party through a membership drive is in a premature stage.

No one could logically understand the strategy of Congress party in Tamil Nadu in the just concluded assembly election. Many observers felt that Congress wished to part ways with DMK and therefore hiked their demands beyond proportion. The statesmanship and the patience of DMK Chief saved the alliance under the compelling situations of DMK first family in 2G investigation.

The adamancy of the Congress in insisting DMK to allot more number of seats conveyed a wrong signal to the allies. The Congress party has created an impression that the trusted allies shall be ill treated and subdued by its power politics. By its approach towards Lallu Prasad in Bihar a former ally of Congress the Congress party saw its own defeat along with RJD and LJP helping the NDA to recapture power. Congress party adopted similar self defeating tactics in Tamil nadu also in helping AIADMK. But DMK is not so weak as RJD.

If a coalition has to win, the component parties should contest according to their organizational strength. In Tamil nadu, the weak Congress party contested in more number of seats allowing the AIADMK front to gain confidence .The DMK Vs AIADMK situation always create keen contest giving more fuel to DMK men to do election works enhancing the prospects of the success of their alliance. Instead a weak Congress party had to face strong AIADMK in many constituencies. That was a clear advantage to AIADMK alliance.

Even after getting 63 seats to contest in the alliance, the congress party could not allot it to various factions satisfying all. The congress party showed itself as an inner coalition of leaders / factions and its branches. Seat allotment had to be made to Thangabalu, Chidambaram, Vasan, Elangovan factions and the front organizations such as Youth Congrss, Mahila Congress , SC/ST branch etc. When the candidates were announced amidst confusion no one was satisfied and many rebels decided to contest. There were allegations of influence through money and women in getting nominated.

When Congress party started election campaign it was too late and the forces against Congress had already made inroads in the Congress contested constituencies in a vociferous anti Congress campaign. A notable factor in campaign is that the AIADMK alliance got support from Tamil nationalist organizations. The support was not a negotiated one but spontaneous.

The Tamil Nationalist forces are spread in various parties and organizations in diverse proportions. They can be seen in major political parties such as DMK, AIADMK MDMK and Congress party too. But they have a good following in PMK and VCK who are politically aligned with DMK and therefore stay in a coalition along with Congress party. This is not quite natural since the VCK leader Thol. Thirumavalavan is known to be opposed to Congress party in Ealem issue. The hard core Tamil Nationalists represented by Nedumaran, Seeman, Poet Thamarai and Gandhian Thamizharuvi Manian rose against DMK alliance specifically targeting Congress party.

The main grouse of Tamil Nationalist forces is that the Congress led Central Government helped the Rajapakse regime of Srilanka in their war crimes. They allege that India provided military assistance to Srilanaka to kill Tamils. Moreover the Congress Government has not taken action on Srilanka in killing of more than 500 Indian fishermen by Srilankan Navy. Therefore the Tamil nationalist movements led by Pazha Nedumaran and Seeman have taken a decision to oppose the Congress party in 63 constituencies where the Congress party contested. They took a voluntary campaign in those constituencies. Their stand is mainly intended to oppose the Congress party to inflict maximum damage as a punishment for the sin committed by this party in Ealem war. This means indirect support to AIADMK alliance.

Especially, Seeman the founder of Naam Thamizher movement was on the forefront of the Campaign against Congress. Wherever he went he was watched by people in numbers ranging from 5000 to 25000. This is a good turnout for road side meetings. The rest of the political parties attract only in 100s in their street corner meetings. Seeman is a passionate orator. When he describes the suffering of Tamils in Srilanka, people are moved and even cry. He attacks Congress party as responsible for the genocide of Tamils evoking anger among the audience. He also takes a dig at DMK chief Karunanidhi for being a silent spectator on those tragic events.

Interestingly one of the Congress Candidates wrote to Seeman to avoid anti Congress campaign in her constituency. But Seeman politely turned down the request and asked the candidate to quit Congress to get his full support. Most of the Congress candidates are fearing their defeat solely due to the campaign of Seeman. In the last Parliamentary elections Seeman was known to campaign against Congress party and was successful in defeating Congress bigwigs like Mani Shankar Ayyar, EVKS Elangovan and Thangabalu. This time Seeman shall inflict heavier losses in Congress camp.

Seeman is not alone in his anti Congress activities. Pazha Nedumaran Leader of Tamil nationalist Party and Gandhian Movement leader cum Ex Congress man Thamizharuvi Manian are issuing interviews and statements in media relentlessly against Congress party for its treacherous role in Ealem war. Poet Thamrai was active during electioneering in distributing pamphlets prepared and printed by her on the handling of Ealem issue. Poet Thamarai sees Jayalalithaa as a Karunanidhi draped in Saree and Karunanidhi as a Jayalalithaa wearing Doti, But she was also particular in opposing Congress party and for that matter she went to the extent of writing a poem to curse the Indian Government.

May 17 Movement is a group of people against genocide of Tamils in Sri Lanka. The leader of this movement Thirumurugan and his men were physically attacked by Congress men for distribution of Booklets about Ealem war containing anti Congress materials. That showed how nervous were the Congressmen about this targeted campaign. The knee jerk reaction of Congress men through violence against Gandhian ways of peaceful activities has evoked strong condemnation from all quarters.

While the AIADMK leadership is moving away from Dravidian principles and towards Hindutwa due to the proximity of Jayalalitha with RSS and Hidutwa leaders the AIADMK cadres are now sensitized by Seeman towards Tamil politics. This is considered to be an important gain for a Dravidian movement. The feelings for mother tongue and the race is the spirit behind the growth of Dravidian parties in Tamil nadu. Seeman’s campaign has rejuvenated the AIADMK cadres. With the MDMK keeping away from AIADMK the followers of Seeman have compensated for that loss.

Knowing all these developments the true Congress lovers are worried about the growth of Congress in the state. A National political party can never grow if it keeps away from the local feelings. The Congress leaders at Delhi have to take a re look at the polity of Tamil nadu at this stage considering the Seeman effect.

The policy of Indian Government in supporting Srilanka in their systematic genocide of Tamils is seen as totally wrong and unacceptable. The Tamil Nationalists represent a section of people who are favorable to State autonomy. This is projected as a separatist tendency by Congress supporters. These Tamil Nationalists are hard spoken soft people and they pose no danger when compared to the threats from jihadist terrorists and Maoists. Their concerns about Tamils are true and neglecting their views is unjustified. The Congress party must take note of it and avoid a stamp of Anti Tamil, forced on it by Tamil nationalist movements.

If the Indian Government do not take into consideration of the real feeling of the people towards the suffering of Tamils across Palk strait, the issue which is in the hands of democratic forces represented by Nedumaaran, Seeman, Thirumurugan may pass on to violent anti social elements. It may really snowball into a separatist movement which is dangerous to the unity of India. The Indian Government should not sacrifice the National integration of India for the sake of unity of a neighboring country. That is a suicidal policy. The Tamil nadu Congress party should persuade the central leadership to take immediate action on these issues. This is the only way for the Congress party to survive in Tamil nadu.

The movements and campaign of the Tamil Nationalists should not be viewed as an anti Congress anti DMK and pro AIADMK election eve phenomenon. There is a truth in it. Such truth should be given due respect not only to save Congress party but also the Indian Nation.