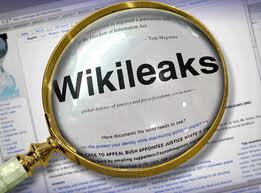 A WikiLeaks cable, dated 18th May 2007 from US embassy in Colombo, accuses Defense Secretary Gotabaya Rajapakse of giving orders to Sri Lanka Army (SLA) commanders in Jaffna not to interfere with Tamil paramilitaries who are “doing “work” that the military cannot do because of international scrutiny. The work referred to in the cable includes extra-judicial killings, extortion, abduction and prostitution by the Tamil paramilitary groups EPDP and Karuna Group. Both groups are led by Ministers in the present ruling Government in Sri Lanka.

Accusing Vinayagamoorthy Muralitharan (nom de guerre: Karuna), of engaging in “wide range of criminal activities” to collect funds, US embassy cable adds “Karuna operates prostitution rings out of the IDP camps to “take care of” GSL soldiers, stating that the women “had no choice” but to acquiesce to Karuna cadres’ demands.”

“Allegations of government complicity in crimes committed by organized paramilitary groups have mounted in the last year [2006],” the cable begins followed by briefs under the following headings:

Why Government of Sri Lanka finds the [Tamil] Paramilitaries useful

Paramilitaries such as the Liberation Tigers of Tamil Eelam (LTTE)-breakaway Karuna group and Eelam People’s Democratic Party (EPDP) have helped the Government of Sri Lanka (GSL) to fight the LTTE, to kidnap suspected LTTE collaborators, and to give the GSL a measure of deniability. The GSL, which denies any links to paramilitary groups, has recently touted its efforts to improve its human rights record, such as the re-publication of procedures on arrests and detentions and the appointment of a “One-Man Commission” to investigate reported disappearances.

However, these efforts so far appear aimed more at improving Sri Lanka’s image abroad and have yet to produce concrete improvements in the human rights situation. Outside the capital, the incidence of human rights abuses has continued, including extrajudicial killings, abductions, child trafficking, extortion, and prostitution.

President Rajapaksa’s government, strapped for cash, has cut direct payments to paramilitaries initiated by former President Kumaratunga and instead turns a blind eye to extortion and kidnapping for ransom by EPDP and Karuna. While many of the charges against the government have been made in public fora, a growing number of trusted Embassy contacts, often at personal risk, have described in detail the extent of the GSL’s involvement with paramilitary groups.On Gotabaya Rajapakse’s, a US-citizen, criminal activities the cable says, “Defense Secretary Gothabaya Rajapaksa has authorized EPDP and Karuna to collect the money from Tamil businessmen. This may account for the sharp rise in lawlessness, especially extortion and kidnapping, that many have documented in Vavuniya and Colombo. Even though EPDP and Karuna are each comprised nearly exclusively of ethnic Tamils, the crimes that they commit are almost always against other Tamils.”