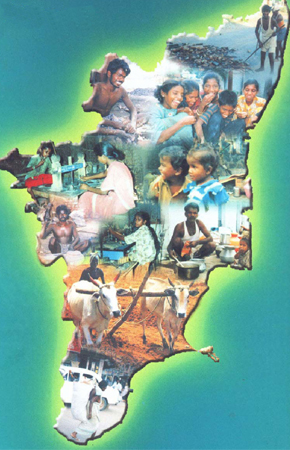 The two recent resolutions, passed in Tamil Nadu assembly with respect to Sri Lanka, have immensely satisfied pro-Tamil activists in the state. One resolution spoke about bringing economic blockade on Sri Lanka for its war crimes on Sri lankan-Tamils. It was asked the Indian government should tell the UN to bring the perpetrators of Genocide in Sri Lanka to the International Court of Justice.

The Second resolution is also against the interest of Sri Lanka. It spoke about getting the state government to implead in a case, filed by Jayalalithaa in her capacity as AIADMK supremo in 2008, for retrieving Katchatheevu Island from Sri Lanka.

The war between Sri Lankan Army and LTTE ended in 2009 in a bitter note with thousands of innocent Tamil civilians dead. Almost two lakh people became homeless and were held in interim camps under worst conditions – the rehabilitation of which is not completed yet.

The newly formed AIADMK government in Tamil Nadu has, meanwhile, brought a resolution asking the Indian government to act against Sri Lanka in the United Nations to punish those responsible for war crimes. While talking to The Sunday Indian, Seeman, president of echoed the sentiments of pro-Tamil groups in Tamil Nadu. “The resolution by Tamil Nadu assembly will go a long way in the Tamils struggle to bring those responsible for the war crimes to Justice,” Seeman said.

There was a overwhelming demand, in the recent years from the fishermen to get back Katchatheevu Island, that was given to Sri Lanka in 1974, ignoring their objections. The island was given to Sri Lanka when the maritime boundaries between two countries were drawn. Though the uninhabitable island falls under Indian territory, the boundary was adjusted so that it will be granted to Sri Lanka.

”By passing a resolution to implead the Tamil Nadu government in the case that was filed in the Supreme Court, the AIADMK government has effectively brought the focus on the Katchateevu and Sri Lankan Tamils issue” Col. Hariharan, an expert on South Asian affairs, told TSI. ”It is not easy to retrieve the land that was once given to Sri Lanka. We have to call for a meeting and again a treaty has to be signed for which some other concessions have to be given. I don’t think this will happen at all,” he adds.